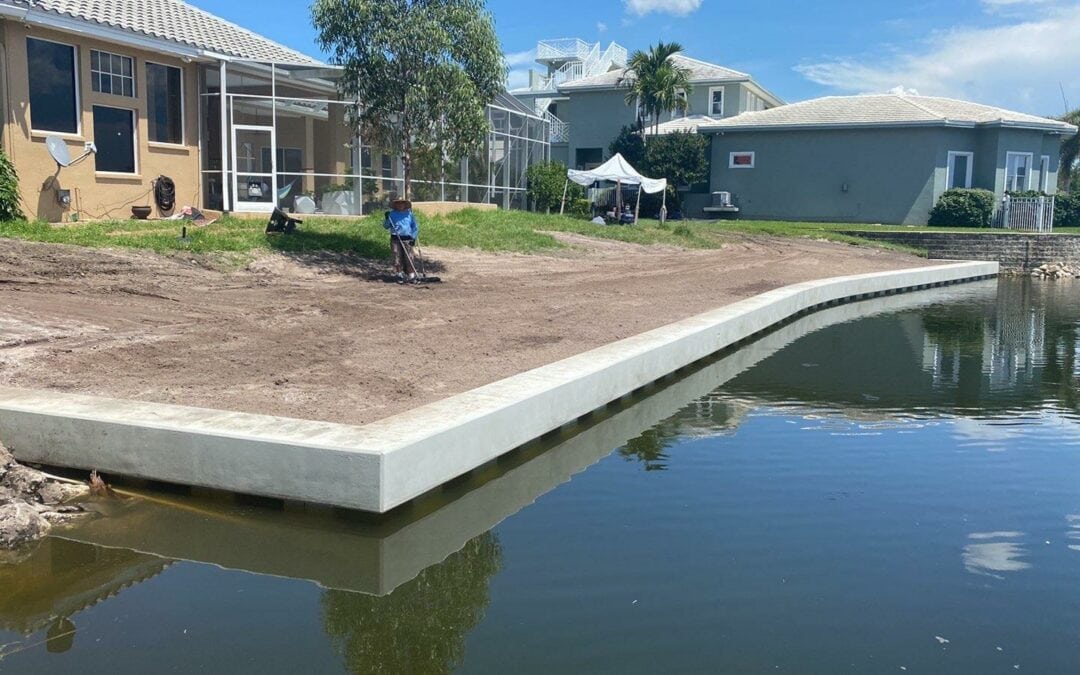 Seawall repair – as much as you might want to do it yourself – is not something you want to attempt yourself.

That’s because you may be able to handle fixing the cosmetics, like filling cracks with resin, but you can’t determine if those cracks are a sign of a bigger problem.

And the hidden problems are often the costliest if not caught early.

How do you know if you need to have your seawall repaired? Here’s a short checklist to know when to make that call.

Cracks in your sea wall

You probably found this article because you noticed some small cracks in your seawall. And that seawall repair might be in your future.

If you noticed a crack in the wall of your house, what would you do?

Most cracks in the walls of homes are due to the foundation settling or moving. You might start by just filling those cracks and repainting if they’re small enough.

But seawalls are built on the bed of a waterway, so the potential for shifting is much higher – and that makes a crack in the cement cap of a seawall a much more serious matter. 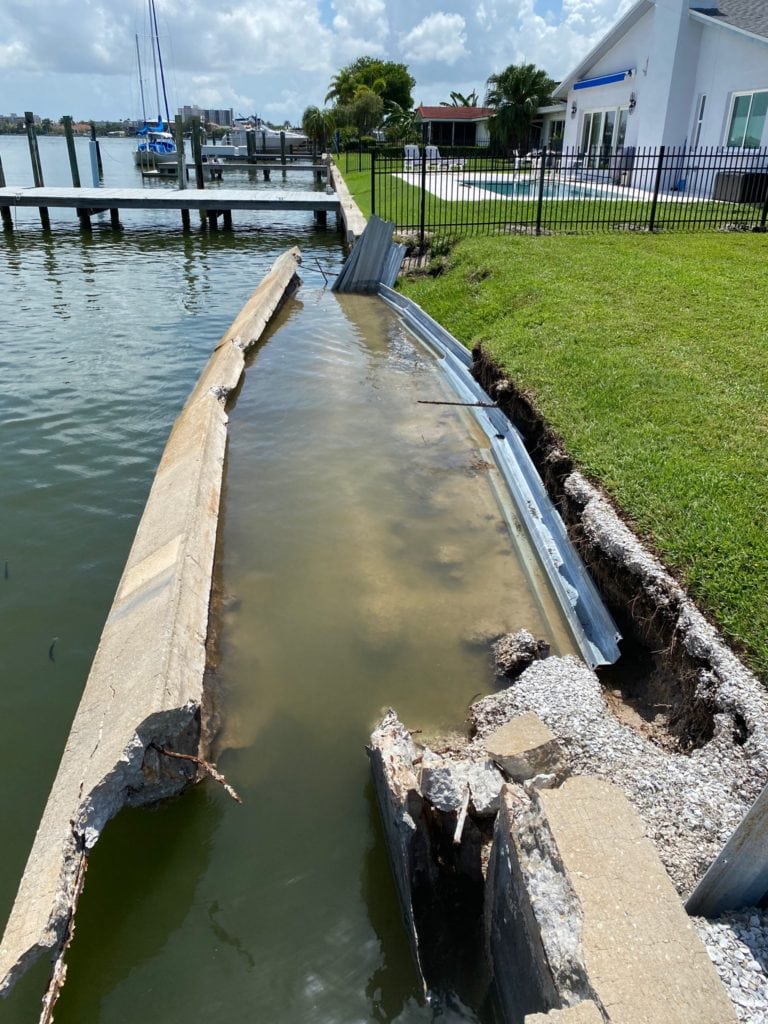 You CAN fill those cracks with resin and do a temporary patch job, but if you do you’re wasting a money-saving early warning sign. Because if you’re lucky a marine contractor may evaluate the cracking and determine small repair is all you need.

Miss getting that professional opinion and you could spend up to an EXTRA $10,000 or more replacing it after it fails completely. [That’s why the seawall repair checklist idea is so important]

That’s the consequence of not getting seawall repairs done. Learn more about seawalls here.

It doesn’t have to be the big house-swallowing sink holes that make the news – small sinkholes close to your seawall are indicators of serious structural issues.

Most people notice these when walking in the yard near the seawall. You take a step and while the grass looks fine, your foot sinks into a shallow hole. That’s an early sign that your seawall might be failing and seawall repair is in your future.

Or you may have a more obvious problem like this photo.

Sink holes near your seawall should make you immediately take notice and call in a professional. It’s a sign of serious structural issues! 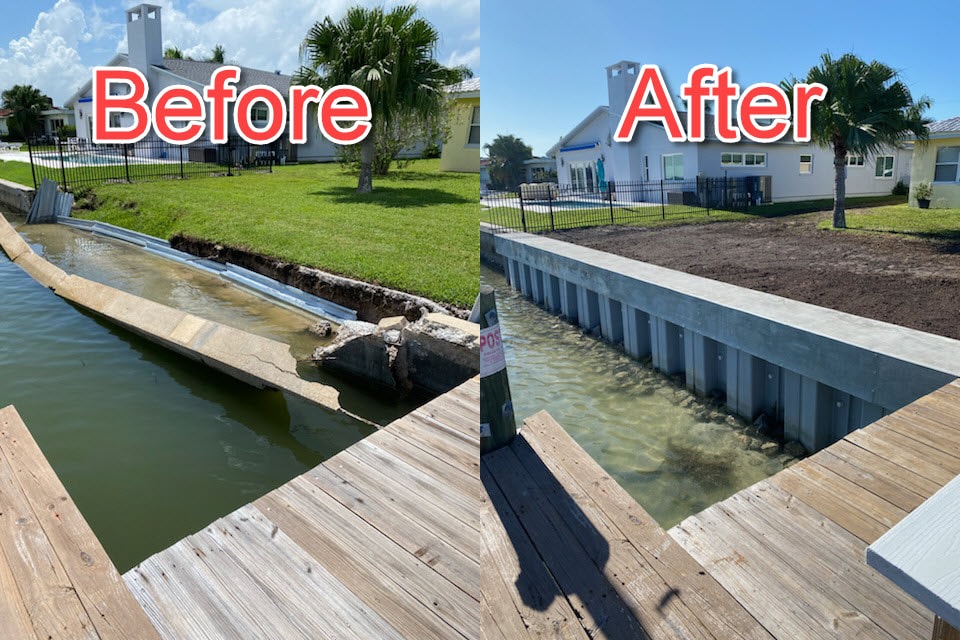 Tiebacks are metal rods/cables that are buried in your backyard and tethered to your seawall. The prevent the wall from leaning forward toward the water.

When you see your seawall leaning it either means that your tiebacks have failed (often due to corrosion) or that your seawall is eroding at the base.

It’s another sign that you need work done – and quickly.

Why are Seawall Repairs Needed?

Just like anything, eventually the seawall construction materials fail.

Modern systems, like interlocking vinyl panels will last a very long time, but the concrete and rebar used in the past is much more subject to the ravages of time.

But erosion is usually the biggest culprit.

Florida storms put pressure on seawall construction no matter if you’re on Tampa Bay, the Gulf or an area lake or river. They accelerate erosion just by moving water back and forth at the base of the seawall, stealing material from under it just like it can decimate the sand on local beaches.

Types of Seawalls on Wikipedia

Flooding in your backyard from those same storms can cause pressure and erosion from the land-side of the seawall as well.

What should you do if you notice any of these symptoms?

Call Tampa Dock and Seawall right away. It really is no exaggeration that catching problems while you can still repair your seawall instead of replacing it can save you THOUSANDS!

There are examples of our work all through the photos page here and on Facebook if you’d care to look. But the best thing  you can do to get started on your replacement dock is getting started with us!